Reception of the Gregorian Calendar 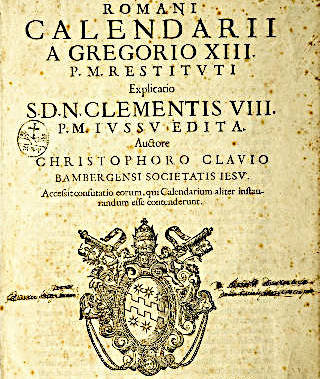 The text of the papal bull Inter gravissimas was presented on the 1st of March, 1582 at the gate of the St. Peter’s Basilica in Rome, outside the Palace of the Chancellery. The bull was also sent abroad to monarchs and ecclesiastical dignitaries of all Roman Catholic countries. Alongside the bull, a perpetual calendar, and a brief explanation of the reform, was distributed; a more detailed justification of the reform would came later. Antonio Lilio (brother of Luigi Lilia) had written the book Liber novae rationis restituendi calendarii Romani around 1585, but it was never published. Christopher Clavius, a key member of the Vatican commission responsible for the approval and advocacy of this new calendar, would not fully explain the reform until 1603 with his work ROMANI CALENDARII AND GREGORIO XIII. P.M. RESTITUTI Explicatio. Upon publication, this text would soon become a primary resource for those seeking information about the Gregorian calendar, and thankfully so. At the time of its publication, he was the last living member of the calendar reform commission. 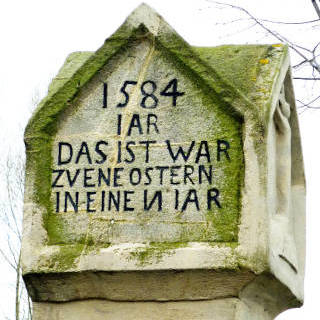 The Commission had chosen the path of rapid implementation for the reform, and took into consideration the age of the pope (Gregory XIII was approaching 80), who wanted to implement the long-planned reform within his lifetime. The correction of the calendar in its original state, (i.e. with the jump from the 4th of October to the 15th), was initially adopted in 1582, but only by Roman Catholic countries. So while Italy, Spain, Portugal and Poland would follow the dictates of the papal bull Inter gravissimas to the letter, other countries outside the Vatican’s sphere of influence wouldn’t come around to making the necessary changes until later. As a result, it could be said that the speed of the introduction of the new calendar directly depended on the percentage of Catholics in the country. This is understandable, because the correction of the calendar was addressed only towards Catholics, and it was difficult to enforce it within Protestant countries. It was no coincidence that individual regions in the state introduced the new calendar at different times. It was a time of confusion, where a response to a request could be dated before the request itself! Some Catholics had days off while Protestants worked and vice versa. Even the most important Christian holiday, Easter, was celebrated on two different dates, as evidenced by a picture of the Easter Column in the village of Lauterbach with the inscription “1584 Jar Das ist war zwene Ostern in einem Jar” (“1584, the year there were two Easters”). 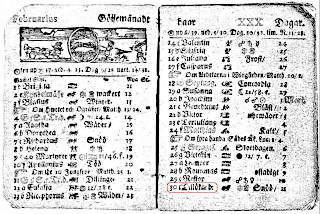 Some of the worst confusion arose in Protestant Sweden. The Kingdom of Sweden did not plan the transition until much later, in 1700. Initially, they did not want the changes to occur as drastically as had been in other countries, but wanted their adjustment to take a much more gradual approach. To achieve this, the original plan was to omit the leap day eleven times (the difference between the Julian and Gregorian calendars was already 11 days at that time), so that the change could be eased into place over the course of 40 years. In the year 1700, Sweden did not have a leap year, but in 1704 and 1708 they returned to the calendar, the officials having changed their minds on the matter. As a result, the Swedish calendar ended up being one day ahead of the Julian calendar, but still ten days behind the Gregorian calendar, and this confusion only worsened, as the Swedish calendar now found itself failing to coincide with any known calendar. This last problem was temporarily fixed In 1712, when the addition of February 30 returned to the Julian calendar so that the Julian and Swedish calendars found themselves once again realigned. The Swedish transition to the Gregorian calendar would still take some more time, and it was finally completed in 1753, with a two-week jump from 17 February to 1 March. 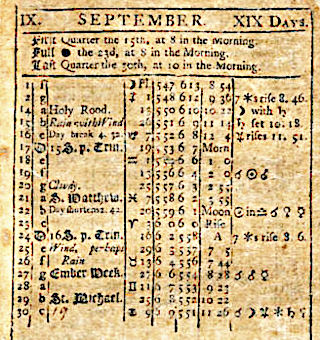 A forceful argument for the adoption of a new calendar didn’t occur in England until 1751. At that time, Lord Chesterfield read aloud in the House of Lords a proposal to correct the calendar. In it, he stated that the new calendar had already been adopted by all of Catholicism, and gradually, by Protestant rulers across Europe. The notable exceptions to this adoption were Russia, Sweden, and England, and to this he declared that it was of no great honour for England to remain among such company. His proposal was soon accepted, and in the following year, the 2nd of September was followed by the 14th, with the 11 day difference eliminated in one fell swoop. Stories exist of mass unrest over misunderstandings regarding the announcement, and in these stories, crowds of angry workers take to the streets and riot. Supposedly, they were furious that they would lose a large chunk of their wages, and some of these men would end up dying over it during the ensuing chaos. And while these certainly make for entertaining stories, the truth of the matter is, they’re nothing more than urban legends (more can be found in the English article on the wikipedia entitled "Give us our eleven days!" - the calendar riot myth). The law on the adoption of the new calendar was carefully worded so as to prevent people from gaming the system in order to extract excess rent, interest, and the like. Ireland, Wales, and the overseas colonies would also comply with adopting the new calendar.

A unique situation occurred when changing the calendar in Alaska. Because it was originally colonised by Russia in 1799, a date border ran along the land border between Russian America and the North-Western Territory of British North America. After the US purchase of Alaska on March 30, 1867, the date limit was also changed. In Alaska, Friday, 6 October 1867, was changed to Friday, October 18th, putting it in line with the Gregorian calendar. 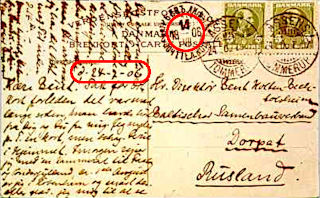 Postcard from Denmark to Russia

The picture on the left shows a postcard sent from Denmark to Russia (Estonia) in 1906. In Denmark, where the new Gregorian calendar was already in force, the postcard was written and sent on the 24 July, but when it arrived in Russia, where the old Julian calendar was still being used at the time, it was stamped as having arrived on 14 July.