Calendars from every known civilisation have fallen under the classifications of lunar, solar, and lunisolar. Lunar calendars are those dictated by the phases of the moon, solar through the movement of the sun, and lunisolar calendars are a combination of both systems. The first lunar calendars were developed by societies that lived in places without noticeable season changes, such as deserts and temperate pastoral regions. Solar calendars, on the other hand, were predominantly used where the changing of the seasons was more clearly visible, such as along the Nile Delta, where season changes are noticeable by their regular flood intervals. 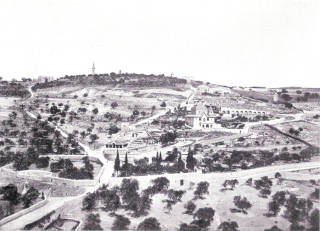 What may be the oldest lunisolar calendar, is the original Jewish calendar. According to Moses, new moons were determined through the visual observation of a slim crescent of a new moon. The first to see this crescent then had to report it personally to Jerusalem, where the Jewish council took care to incorporate this information into their calendar. The announcement was considered to be of such tremendous importance that messengers were allowed to travel on Saturdays, something which was otherwise forbidden to Jews. Two witnesses were then sworn to confirm that there was indeed a new crescent moon; women, slaves, and men of bad repute were forbidden from giving official testimony. From this, a report was published with the witness accounts, and the messenger was to be lavished generously for his service. The Jewish Council’s special calendar committee then officially declared "Rosh Chodesh" to mark the beginning of a new month. The moon, after all, began every evening with the Jews. After this announcement, a signal fire was set on the Mount of Olives. This sign then spread throughout the land so that everyone would know about the new moon. Under this system, sometimes it produced a twelve month year, while other times it was thirteen. Before the harvest ceremony began, they had to observe whether or not the crops had produced golden ears. If not, then a thirteenth and final month was added, because “for the LORD, we must offer the first ear of gold”. The type of calendar that requires visual observation of the moon, as well as a status check of food crops, is a rather crude system that doesn’t mesh all that well with everyday life. If a crescent is observed late due to cloud coverage, it can postpone the start of a month. Also, if the ripening of grain is delayed due to less than ideal weather conditions, an extra leap month is added, only for the problem to be postponed (and eventually resolved) in the following year.

The people of ancient Greece wanted to free themselves from these whims of the weather, and the various other problems that arose from a lunar calendar, but without neglecting or radically altering their traditions. Central to their beliefs were festivals and rites held in honour of gods whom they wished to appease. These ceremonies often required ritual sacrifices to be conducted at the same time, each year, and during specific phases of the moon. It was believed that by being more accurate with the timing of these events, the gods would be more pleased with them. The problem was that if only the lunar calendar were to be used, the same holidays would be celebrated eleven days earlier in the following year, and this difference would grow over time, with the difference being compounded with each successive year. Year one would fall behind by eleven days, the second year would be twenty-two days behind, and so on, and so on. After a few years of this, the holiday could end up being celebrated in a completely different part of the year. To further complicate issues, most Greek municipalities had their own calendars. These differed from one another in a number of ways, but most critically in the way that each inserted leap months or assigned different starting dates for the beginning of the year. Ultimately, the Greeks sought to create a lunisolar calendar in which the days and months could be determined by the moon, while having its seasons set in place by the sun. What it boiled down to was finding a common denominator between the amount of (solar) years and the amount of full moons (lunar cycles), and then reducing any leftover remainder to as close to zero as possible. The legislator Solón (* 630 BC - † 560 BC) was the first to attempt this, and his calendar was based on a two-year cycle. This cycle included 13 months with 30 days (pleres, or “full months”) and 12 months with 29 days (koiloi, or “empty, hollow months”). Unfortunately, the resulting inaccuracies were still too large to call it good enough and move on. A much more accurate lunisolar calendar was the cycle devised by Cleostratos (* 520? BC - † 432? BC). His cycle was eight years long (octaeteris, or ennaëteris) and contained 99 lunar months, of which 48 were empty (koiloi) and 51 were full (pleres). An additional leap month was inserted every third, fifth, and eighth year, and as a nice perk, the eight-year cycle conveniently coincided with the four-year Olympics cycle. A vastly superior, nineteen-year cycle created by a pair of Athenians would soon eclipse this achievement. 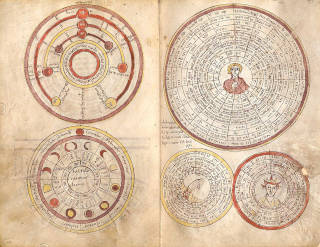 Meton cycle in book from 9. century

In the 5th century BC, a mathematician by the name of Meton, working alongside another astronomer by the name of Euktemon (c. 432 BC), worked together to produce the greatest expansion of the Greek calendar yet. The cycle is named after Meton, but some researchers believe that the cycle was taken from Babylonians. He discovered that 19 years contains almost exactly 235 lunar months, and of these 235 months, 110 were koiloi (29 days long) and 125 were pleres (30 days long). There had to be more pleres (full months), because the average length of the lunar month was slightly more than 29.5 days, and if all 235 of the months were 30 days in length, the total length of the cycle would be 7,050 days long. This would put it at 110 days longer than the 6,940 days of the 19-year cycle. For this reason, 110 of the months were set at only 29 days in length. The discrepancy between the 12 lunar months (354 days) and the solar year (356.25 days) was resolved by inserting a leap month. The leap months were likely included in the 3rd, 6th, 8th, 11th, 14th, 17th, and 19th years of the Metonic cycle. In order to distribute the empty months evenly, every 64th day was omitted. Thus, 110 days in the series of numbers 64, 128, 192, … al the way up to 7,040, were omitted from the whole cycle. Thanks to this, the number of days in the cycle was reduced to the required 6,940. Meton's cycle itself contains two more cycles, the first eight years (the first 99 lunar months) were called ogdoas and the remaining eleven years (136 lunar months) were called hendekas.

Below is a table that clearly shows the entire nineteen-year Meton cycle, with the rows listing individual years and the columns indicating the month. B indicates a possible leap month, which would be inserted in the middle of the year. The individual cells then indicate the number of days in the month. If there are 30, it’s considered a full month, and in the case of an empty month, the 29 days shows the serial number of the day that was skipped.

Around 330 BC, an astronomer by the name of Kallippos perfected the Metonic cycle (* 370 BC - † 300 BC) by creating a cycle that was four times longer than the Metonic cycle, minus one day. The length of Kallipp's cycle was 76 years long and contained 441 empty (koiloi) and 499 full (pleres) months. The average length of a year in this cycle is exactly 365.25 days. However, it was never introduced in practice as a calendar.

A similar cycle of 304 years was put forward by the astronomer Hipparchus (* 190 BC - † 125 BC) which contained 1,765 empty (koiloi) and 1,995 full (pleres) months. Its length was four times that of Kallipp's cycle minus one day. The accuracy in determining the length of the lunar month was amazing, the error down to merely one third of a second. If one were to compare the length of this cycle of 304 years, against the average monthly correction interval necessary to calculate the Gregorian Easter Sunday for 312.5 years (2,500/8), Hipparchus’ achievement is all the more impressive.