In order to avoid further confusion in the Roman calendar, Gaius Julius Caesar (* 100 BC - † 44 BC) reformed the Roman calendar in 46 BC. Since Caesar was the pontifex maximus (high priest), he had the authority to make changes to the Roman calendar, but in practice, he had little to do with the changes, deferring these tasks to the experts of his time. Experts such as the mathematician and astronomer Sosigenes, the scribe Marcus Flavius, ​​and many others whose names have been lost over time, all of them devoted tremendous effort towards the task. The way they’d devised it, the new Roman calendar would have 365 days, with one leap day to be added every four years. The average length of a year was set at 365.25 days, and it’s quite possible that the same long Egyptian year provided the inspiration. This made the year 11 minutes longer than the tropical year, which caused the calendar to record one extra day every 128 years. Ten days were added to the old Roman calendar, meanwhile Caesar’s new and reformed calendar spread the excess days across what would eventually become the seven longest months. The months Ianuarius, Sextilis, and December were given two extra days, while the months Aprilis, Iunius, September and November were given one day. The leap day (dies intercalaris) was inserted into the month of Februarius, where the leap month had originally been inserted. In addition, Caesar also unified the beginning of the civil and official calendar years, so that they both began on 1 January. 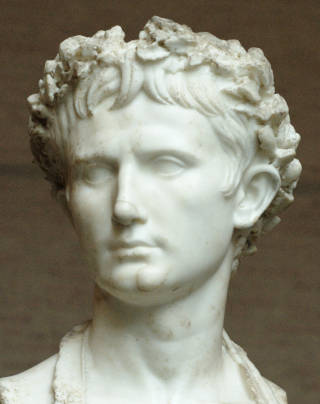 The transition from the old calendar to the new calendar was not an easy task. The year of transition was 46 BC, and was what the ancient authors called “the last year of confusion” (annus confusionis ultimus). Because of this year, the dates of the Roman calendar were pushed 90 days ahead of their astronomical dates (such as the beginning of spring). This difference was then eliminated by adding a leap month of 23 days to Febriarius and two more leap months of 67 days in total to November and December. When all was said and done, the repair year of 46 BC had fifteen months and was a whopping 445 days in length! In 44 BC, at the suggestion of Mark Antony (* 83 BC - † 30 BC), the law of Lex Antonia was issued, which renamed the moon Quintilis to Iulius in honor of Caesar. After the assassination of Caesar in the same year, the rule on inserting leap days was not followed. The Pontiffs, either intentionally or because of their own ignorance, added a leap day every three years. Thus, in the course of 36 years, instead of nine leaps days, twelve leap days were inserted. This mistake was eventually caught and corrected by Augustus in 8 BC (* 63 BC - † 14 AD), when he ordered that the leap day be inserted every four years. He also gradually released three remaining leap days. And so it has been, ever since 8 AD, leap years have occurred every four years. In honor of Augustus, the month of Sextilis was renamed Augustus. Other attempts to rename the months (for example, changing September to Germanicus) were short lived.